Posted on February 3, 2014 by heritagerecipebox 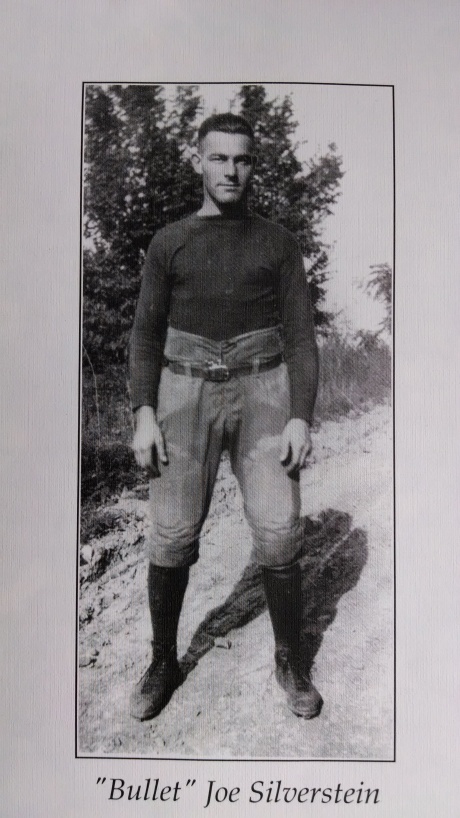 Back in the days of leather football helmets (not mandatory) and canvas-and-leather shoulder pads, my grandfather captained  his football team at Washington & Lee University to a Southern Championship in 1919. Nicknamed “Bullet Joe” because of his running speed, he also made all-Southern teams in 1919 and 1920. He’s in the school’s Athletic Hall of Fame.

Grandpa Joe gave up football to get married and raise his family in Charleston, West Virginia. Too bad none of us inherited his athletic prowess. My father, nicknamed “The Professor,” absent-mindedly tripped over his feet and preferred books to the gridiron.

The next big football star from Charleston, Alex Schoenbaum, an all-American tackle for Ohio State in the 1930s, started what became the Shoney’s Big Boy restaurant chain. 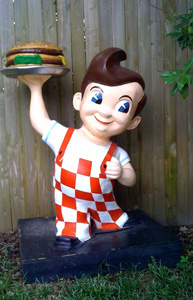 In honor of my grandfather, I made this unnamed beer and cheese recipe from my grandmother’s files for a Super Bowl party dip. Though the original calls for serving it over toast, like Welsh rarebit, I thought it would work much better as a dip. Scooping up a portion with a chip, one of my friends said, “It’s like a Velveeta dip without the Velveeta.” That works for me! Just make sure you make it at the last minute because it needs to be served hot.

1. Place the cheese a saucepan, preferably with a heavy bottom.

2. Add the beer and warm over low heat, stirring frequently, until both ingredients melt together into a smooth, creamy consistency, about 5 minutes.

3. Remove the pan from the heat. Add the Worcestershire sauce, mustard, and black pepper. Stir to combine.

4. Place in a serving bowl and sprinkle with paprika. Serve with chips. Makes about 1 1/2 cups of dip. If the dip gets too cold, reheat it in the microwave (assuming the bowl is microwave-safe) for about 30 seconds, then stir.

I am named after my great-grandmother, who only prepared two dishes, according to anyone who remembers. Somehow I ended up with a cooking gene that I brought with me from Richmond, Virginia to my current home in Boston, Massachusetts. I have worked as a journalist and published three cookbooks plus a memoir and a novel. This blog gives me a chance to share family recipes and other American recipes with a past.
View all posts by heritagerecipebox →
This entry was posted in Food, History, memoir and tagged beer, Charleston, cheese, football, West Virginia. Bookmark the permalink.