Texas Enchiladas That Fed a ‘Giant’

Posted on July 17, 2016 by heritagerecipebox 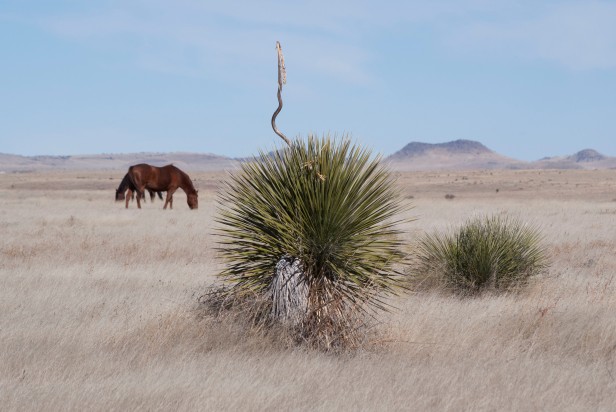 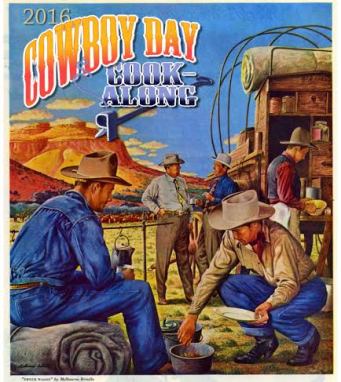 When the cast and crew of the movie Giant came to Marfa, Texas in 1955, they traded Los Angeles glitz for an arid, desolate landscape. “[Marfa] is located somewhere south and west of El Paso in a region of the damned…It was a hot, lifeless, boring place,” wrote Mercedes McCambridge, who co-starred in the film with James Dean, Rock Hudson, and Elizabeth Taylor.

I learned more about making of the film from Recipes4Rebels, a blog celebrating recipes from James Dean and his contemporaries. The blog’s Cowboy Day Cookalong  for the National Day of the Cowboy on July 23 sounded too fun to resist, especially because my daughter spent several months researching Marfa as an example of the changing American frontier. One of the town’s most influential residents, Donald Judd, lived there from 1972 to 1994, creating large-scale public art projects and attracting an audience from around the world.

Before Judd’s arrival, Marfa made an authentic-looking backdrop for Giant, a western about a rich rancher. While filming, James Dean grew fond of the local food. He frequently went to the Old Borunda Café for the house specialty, Enchiladas Montadas. These enchiladas came with two surprisingly commercial sides: Fritos corn chips (which did not start out as junk food when they were created in 1932) and white bread. Old Borunda stayed in business from 1910 to 1987, and its enchiladas – corn tortillas stacked instead of wrapped around a filling, with a fried egg topping – helped define the restaurant. A dish with fiery red sauce and an unconventional presentation appealed to Dean, the embodiment of rebelliousness whose car crash tragically ended his life just before Giant was released. This recipe comes from Recipes4Rebels; I added a few notes. 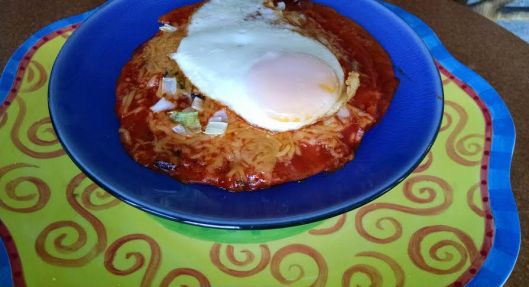 To make the sauce:

Note: The flavor won’t be as authentic, but you can substitute canned Mexican red chile sauce [look for it at a well-stocked supermarket] for the homemade version. 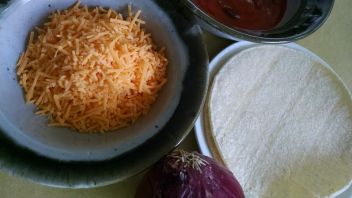 To make the enchiladas:

I am named after my great-grandmother, who only prepared two dishes, according to anyone who remembers. Somehow I ended up with a cooking gene that I brought with me from Richmond, Virginia to my current home in Boston, Massachusetts. I have worked as a journalist and published three cookbooks plus a memoir and a novel. This blog gives me a chance to share family recipes and other American recipes with a past.
View all posts by heritagerecipebox →
This entry was posted in Food, history, History and tagged 1950s, chile peppers, Cowboy Day Cook-Along, Donald Judd, Elizabeth Taylor, enchiladas, Fritos, Hollywood, James Dean, Marfa, Mercedes McCambridge, mexican, National Day of the Cowboy, Old Cafe Borunda, red chile sauce, Rock Hudson, Texas, tortillas. Bookmark the permalink.

7 Responses to Texas Enchiladas That Fed a ‘Giant’